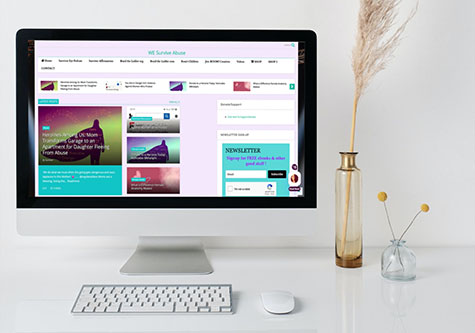 Legendary actress and comedian Marsha Warfield's growth as an artist and a woman has far superseded her humble beginnings as the wisecracking bailiff on the long-running sitcom Night Court.

She has been entertaining audiences for close to four decades and has no intentions of slowing down. Her calm and smooth stand up routines have garnered her a strong following and has proven that she is a comedic mainstay while bringing her own style of funny.

After an overlong period of retirement, Marsha is back for “revenge,” tackling issues including politics, being black, coming out as a gay woman, and her affair with pizza.

Marsha lives in Las Vegas where she performs her show, The Marsha Warfield Experience, at L.A. Comedy Club at the Stratosphere Casino & Hotel.

Marsha Warfield is best known for her 1986–92 role of the tough, no-nonsense bailiff Roz Russell on the NBC sitcom “Night Court.” She also starred in the sitcom “Empty Nest” as Dr. Maxine Douglas, and as a performer on “The Richard Pryor Show.” She’s has appeared on shows like “Soul Train,” “The Arsenio Hall Show,” “The Tonight Show,” and even had a talk show of her own, appropriately titled “The Marsha Warfield Show.” She’s opened for acts like Esther Phillips, George Duke, Teddy Pendergrass, The O’Jays and George Carlin, has been nominated for NAACP Image and Soul Train Awards, and was featured in the Gladys Knight video, “Men.” Her guest appearances include “Cybill,” “The John Larroquette Show,” “Veronica’s Closet,” “Moesha,” “Living Single, “In Living Color,” “Smart Guy,” “Clueless,” “Cheers,” “Saved By The Bell,” and more.​

Two Of Our Favorite Videos

Let Us Help Increase Your Exposure

our use of images, screenshots or books on this website

This website designed by affordablewebsites.net a BBB Accredited Company